Repo man pays off elderly couple’s car after he tows it. Repo man with heart of gold.

Home/Bankruptcy Blog/Repo man pays off elderly couple’s car after he tows it. Repo man with heart of gold.
Previous Next

Repo man pays off elderly couple’s car after he tows it. Repo man with heart of gold.

Jim Ford is getting a lot of positive attention for his helping Stan and Pat Kipping. We’re use to hearing many negative accounts of repo men. It’s nice to see an example of a repo man that has a big heart. 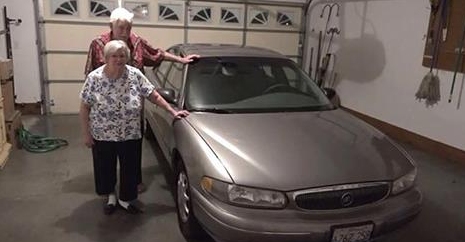 RED BUD, Ill. – “I go out and take cars,” said Jim Ford, co-owner of Illini Asset Recovery. From who? “From people who don’t pay.”Repo man Jim Ford wears his company name on his back, and his heart on his sleeve. “I`ve been shot at, ran over, just about everything you can imagine,” he said.  “I haven’t been stabbed yet.”

There`s not a place on the map Ford hasn`t traveled to repossess somebody`s car for a bank.   But he wasn’t prepared for what he saw when he arrived at the Illinois home of Stan and Pat Kipping.

“You know, it was just one of those repo’s,” Ford told Fox 2.  “My grandparents are gone, but you know – I could see them in the Kippings.  I knew what was going on. The cost of their medications have doubled or tripled, and I know that’s happening to everybody.  I knew why they were behind.”“We had to go to the doctor, drug store, and grocery,” said Pat.  “That’s about all we ever got to do.”And now their transportation was gone.

Ford did repossess their car.  But then he got on the phone with the bank.“I pulled over about a block away from their house and called the bank and said… we got to do something.  How about I just pay it current right now?” Ford promptly set up a GoFundMe account. He said, “We raised most of it in the first eight hours. I think I might just reactivate it, because there are a lot of people who keep asking to donate.”And Monday, Stan and Pat got their four-wheel freedom back.“It’s just like hitting the lottery,” said Stan.  “I’m just so happy, I can’t believe it.” “I just looks so pretty,” said Pat.It’s pretty because Ford and his fellow benefactors got the oil changed and had the car detailed, in addition to paying it off. “We owe a drug store $500,” said Pat.  “We owe IGA, our grocery store, money.  And then this happened.  It’s made me think that there are very good people out there, and it’s not all bad.”

Source: Repo man pays off elderly couple’s car after he tows it | myfox8.com