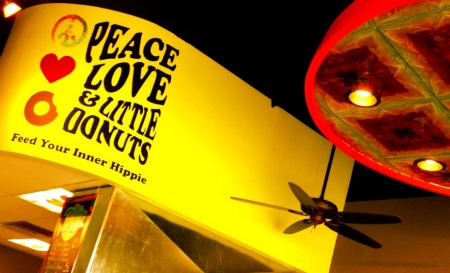 Those People who are filing bankruptcy are well advised that their bankruptcy trustee handling the case may be expected to do an independent investigation of the debtor’s assets. The petitioner fails to be honest at their own peril. The owner of the donut chain, Peace, Love & Little Donuts, caught a break when he pleaded guilty to filing a false income tax return and concealing bankruptcy assets during his bankruptcy proceedings. As reported by the Trib Live, a sentence of five years probation and paying restitution is a slap on the wrist.

December 2016, The founder of a Pittsburgh-based donut shop chain will spend five years on probation for under reporting his income in 2010 and hiding business assets during a 2011 bankruptcy proceeding, a federal judge ruled Thursday. Ronald Razete, 56, of Moon pleaded guilty in June to filing a false income tax return and concealing bankruptcy assets.

U.S. District Judge Donetta Ambrose also ordered him to pay $40,350 in restitution to the government. Razete told the Internal Revenue Service he was unemployed and nearly bankrupt when his Smithfield Street business, Peace, Love and Little Donuts, actually made a profit of $195,000 in 2010, federal prosecutors said. He reported his gross income as $16,261. When Razete filed for Chapter 7 bankruptcy to settle more than $400,000 in debts, he included a defunct business, Marci’s Fun Foods, in his assets but not the donut business, Assistant U.S. Attorney Greg Melucci previously said.

When a bankruptcy trustee found out about the donut business, Razete claimed it was a “brand” that generated less than $1,000 a month, Melucci said.Razete has 22 Peace, Love and Little Donuts franchises in Pennsylvania, Ohio, West Virginia, Florida, Oregon and Utah. One is located in Irwin. Other locations around Western Pennsylvania include the Strip District and Oakland in Pittsburgh, Bridgeville, Bethel Park, Monroeville, Pine and Robinson.