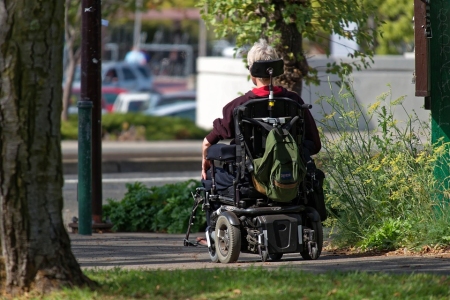 The Treasury Department refuses to stop forcing permanently disabled people to pay taxes on student loans that have been canceled, leaving a vulnerable population susceptible to thousands of dollars in charges, according to Senate staffers. Anyone with a severe disability is eligible to have the government discharge their federal student loans. The process is widely considered difficult to navigate, so the Obama administration allows people to use their Social Security designation to apply, yet few take advantage. As a result, the Education Department began identifying borrowers too disabled to repay their federal loans and guiding them through debt cancellation. The trouble is, every dollar forgiven by the government is considered taxable income.

Congressional lawmakers have urged Treasury to use its administrative authority to fix the problem, but the department is not taking action.

At a meeting Wednesday, Treasury officials informed Senate staffers that it will not issue guidance addressing the tax penalty for disabled borrowers, according to people in attendance who were not authorized to speak publicly. They said Treasury officials conceded that roughly two thirds of affected borrowers are insolvent, a designation that would allow Treasury to waive any taxes connected to discharged loans. Claiming insolvency, however, involves complex paperwork.

Treasury spokesman John Runyan would neither confirm nor deny what took place at the meeting. He said Congress could resolve the tax burden through legislation but has failed to act. There have been two separate pieces of legislation introduced in the Senate to help disabled borrowers with tax liabilities, but neither made it out of committee.

“Treasury shares concerns about the potential income tax consequences associated with student loan discharges for disabled borrowers,” Runyan said in an email. “Treasury continues to work with the Department of Education to evaluate possible alternatives that could address the situations faced by these borrowers‎.”

Read the full article by Danielle Douglas-Gabriel with the link below: